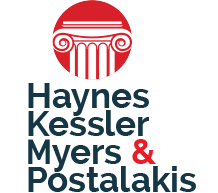 Speaker at the Ohio Association of Realtors 2006 Annual Conference on “Discriminatory Practices in the Real Estate Setting”.

Organizer and Presenter of “Legal Seminar Series” for tenants of corporate properties in the Dublin, Ohio area.

Secretary of Lahore Ahmadiyya Islamic Society, a non-profit charitable organization that publishes scholarly religious studies books carried by the largest retail outlets in the country and used as text books by many universities.

Secretary of Horizon Prison Initiative, an Ohio-based non-profit organization that conducts programs in correctional facilities to transform prisoners, prison cultures, and ultimately the communities into which prisoners are eventually released.

U.S. Attorney Advisor for The Forensic Linguistic Society, a society promoting awareness in the legal system and among the public at large of the nature of linguistic, phonetic and acoustic evidence in criminal and civil proceedings.

Past Member of Board of Trustees of ADA(Ohio), a non-profit organization providing services to educate Ohioans about the federal Americans with Disabilities Act.

Past President of the Columbus-based Interfaith Center for Peace (ICP)

Past Executive Board Member of Port Columbus Interfaith Services (PCIS).